In the previous lessons, you learned that a fraction is part of a whole. Fractions show how much you have of something, like 1/2 of a tank of gas or 1/3 of a cup of water.

In real life, you might need to add or subtract fractions. For example, have you ever walked 1/2 of a mile to work and then walked another 1/2 mile back? Or drained 1/4 of a quart of gas from a gas tank that had 3/4 of a quart in it? You probably didn't think about it at the time, but these are examples of adding and subtracting fractions.

Click through the slideshow to learn how to set up addition and subtraction problems with fractions.

Try setting up these addition and subtraction problems with fractions. Don't try solving them yet!

You had 7/8 of a stick of butter and used 2/8 of the stick while cooking dinner.

Now that we know how to write addition problems with fractions, let's practice solving a few. If you can add whole numbers, you're ready to add fractions.

Click through the slideshow to learn how to add fractions.

Try solving some of the addition problems below. 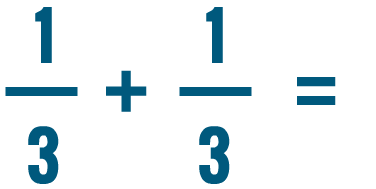 Click through the slideshow to learn how to subtract fractions.

Try solving some of the subtraction problems below. 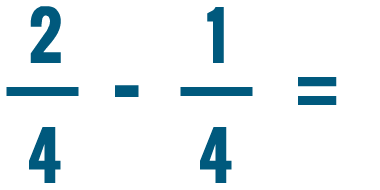 After you add or subtract fractions, you may sometimes have a fraction that can be reduced to a simpler fraction. As you learned in Comparing and Reducing Fractions, it's always best to reduce a fraction to its simplest form when you can. For example, 1/4 plus 1/4 equals 2/4. Because 2 and 4 can both be divided 2, we can reduce 2/4 to 1/2. 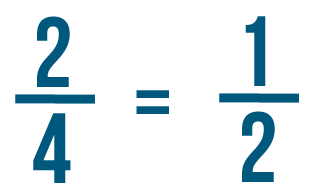 On the last page, we learned how to add fractions that have the same denominator, like 1/4 and 3/4. But what if you needed to add fractions with different denominators? For example, our cake recipe might say to blend 1/4 cup of milk in slowly and then dump in another 1/3 of a cup.

In Comparing and Reducing Fractions, we compared fractions with a different bottom number, or denominator. We had to change the fractions so their denominators were the same. To do that, we found the lowest common denominator, or LCD.

Click through the slideshow to learn how to add fractions with different denominators.

Try solving the addition problems below. 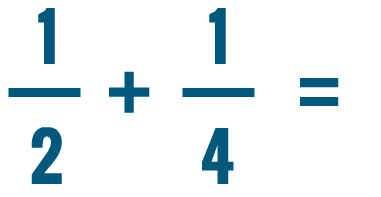 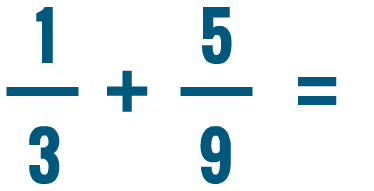 Click through the slideshow to learn how to subtract fractions with different denominators.

Try solving the subtraction problems below. 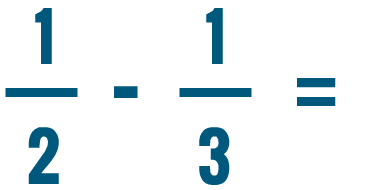 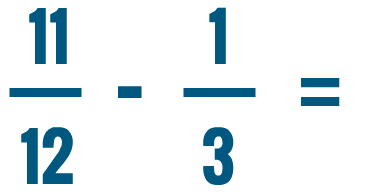 Over the last few pages, you've practiced adding and subtracting different kinds of fractions. But some problems will need one extra step. For example, can you add the fractions below? 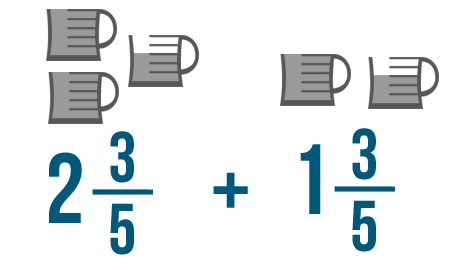 In Introduction to Fractions, you learned about mixed numbers. A mixed number has both a fraction and a whole number. An example is 2 1/2, or two-and-a-half. Another way to write this would be 5/2, or five-halves. These two numbers look different, but they're actually the same. 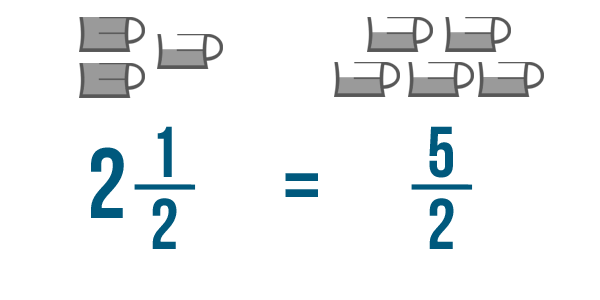