In this image, we can see that 7/8 is larger. The illustration makes it easy to compare these fractions. But how could we have done it without the pictures?

Click through the slideshow to learn how to compare fractions.

As you saw, if two or more fractions have the same denominator, you can compare them by looking at their numerators. As you can see below, 3/4 is larger than 1/4. The larger the numerator, the larger the fraction.

For example, which of these is larger: 2/3 or 1/5? It's difficult to tell just by looking at them. After all, 2 is larger than 1, but the denominators aren't the same. 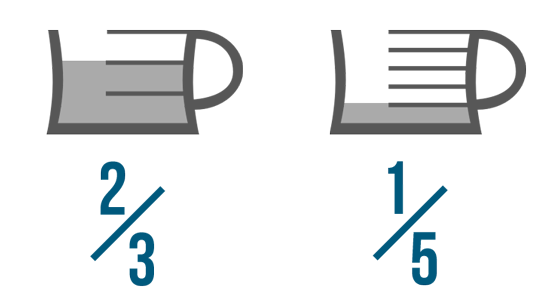 If you look at the picture, though, the difference is clear: 2/3 is larger than 1/5. With an illustration, it was easy to compare these fractions, but how could we have done it without the picture?

Click through the slideshow to learn how to compare fractions with different denominators. 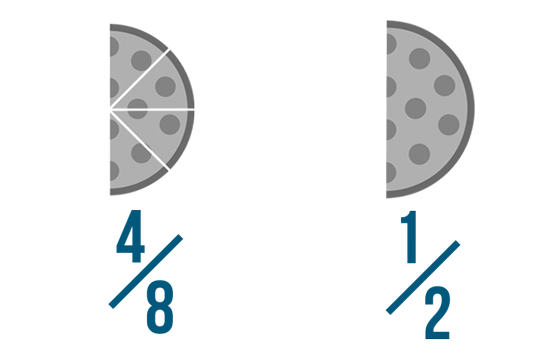 If you did the math or even just looked at the picture, you might have been able to tell that they're equal. In other words, 4/8 and 1/2 mean the same thing, even though they're written differently.

If 4/8 means the same thing as 1/2, why not just call it that? One-half is easier to say than four-eighths, and for most people it's also easier to understand. After all, when you eat out with a friend, you split the bill in half, not in eighths.

If you write 4/8 as 1/2, you're reducing it. When we reduce a fraction, we're writing it in a simpler form. Reduced fractions are always equal to the original fraction.

We already reduced 4/8 to 1/2. If you look at the examples below, you can see that other numbers can be reduced to 1/2 as well. These fractions are all equal.

These fractions have all been reduced to a simpler form as well.

Click through the slideshow to learn how to reduce fractions by dividing.

Not all fractions can be reduced. Some are already as simple as they can be. For example, you can't reduce 1/2 because there's no number other than 1 that both 1 and 2 can be divided by. (For that reason, you can't reduce any fraction that has a numerator of 1.)

Some fractions that have larger numbers can't be reduced either. For instance, 17/36 can't be reduced because there's no number that both 17 and 36 can be divided by. If you can't find any common multiples for the numbers in a fraction, chances are it's irreducible.

Reduce each fraction to its simplest form. 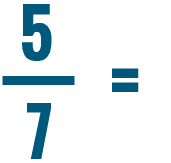 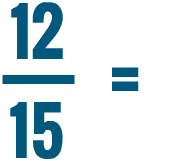 In the previous lesson, you learned about mixed numbers. A mixed number has both a fraction and a whole number. An example is 1 2/3. You'd read 1 2/3 like this: one and two-thirds.

Another way to write this would be 5/3, or five-thirds. These two numbers look different, but they're actually the same. 5/3 is an improper fraction. This just means the numerator is larger than the denominator. 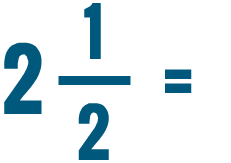 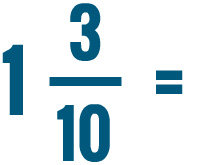 Improper fractions are useful for math problems that use fractions, as you'll learn later. However, they're also more difficult to read and understand than mixed numbers. For example, it's a lot easier to picture 2 4/7 in your head than 18/7.

Click through the slideshow to learn how to change an improper fraction into a mixed number.