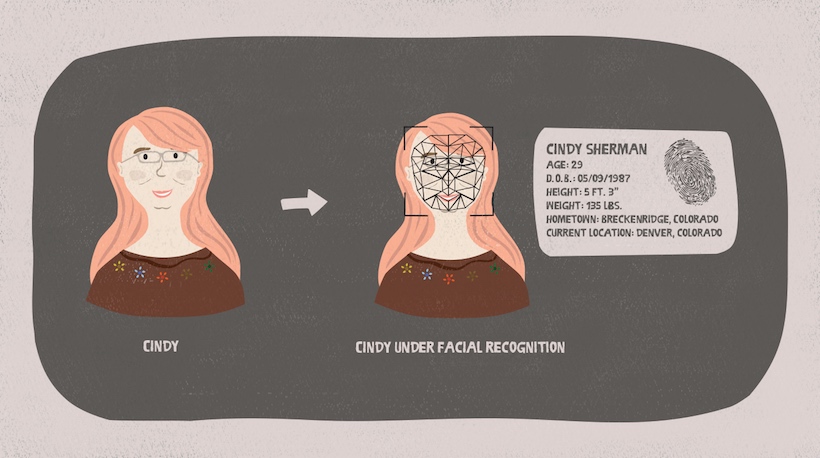 Facial recognition is a computerized method of identifying people based solely on their facial features. These systems range from small cameras that can detect different emotional responses to pinpointing the identities of multiple people in a moving crowd.

How does it work?

A high-definition camera captures images of a person’s face and checks for specific facial landmarks, such as the distance between the eyes, width of the nose, and shape of cheekbones. The recognition system then compares these findings to faces within its database. The more images that are in the database, the more likely the system will be able to identify the face.

Where is it used?

Facial recognition has a wide range of applications. Since 2017, iPhones have used Face ID to unlock phones, make payments, and more. Stores use it to identify known shoplifters. In Germany, a billboard can recognize the gender of passersby and display an ad only when women are near. The strangest use may be in Spain, where a comedy club uses facial recognition to charge customers a small fee every time they laugh.

Facebook holds billions of photos and receives millions more every day, and it has used these photos to build a gargantuan database for its facial recognition tech. And because its users help identify the subjects of the photos, Facebook can learn what a person looks like from different angles. Due to the quantity and quality of its data, Facebook claims it is 97.25 percent accurate at recognizing a face in an image.

Law enforcement has long been interested in facial recognition. They’ve deployed it at airports, train stations, border crossings, and sporting events around the world, hoping to catch wanted criminals and prevent terrorist attacks. However, most agencies have been unwilling to disclose how effective facial recognition is at finding offenders and reducing crime.

What are its problems?

Facial recognition offers an incredible amount of power and utility, which means it can also be abused, especially when it comes to invading people's privacy. Also, the technology isn't flawless quite yet, as it still has problems with bias and inaccuracy.

Invasion of privacy is a big concern, as any company or government institution could potentially collect your facial data without your consent whenever you enter a public place. Unfortunately, there are currently no federal laws or regulations in the United States that directly govern or restrict facial recognition. There are also concerns that agencies like the FBI could demand access to facial databases (like the one owned by Facebook) and gain a wealth of personal information.

Despite the immense power of facial recognition, it can be stumped. A number of things can confuse the technology, including poor lighting, sunglasses, or masks. There are even clothes and glasses designed for the sole purpose of disrupting facial recognition systems, like the glasses shown below. 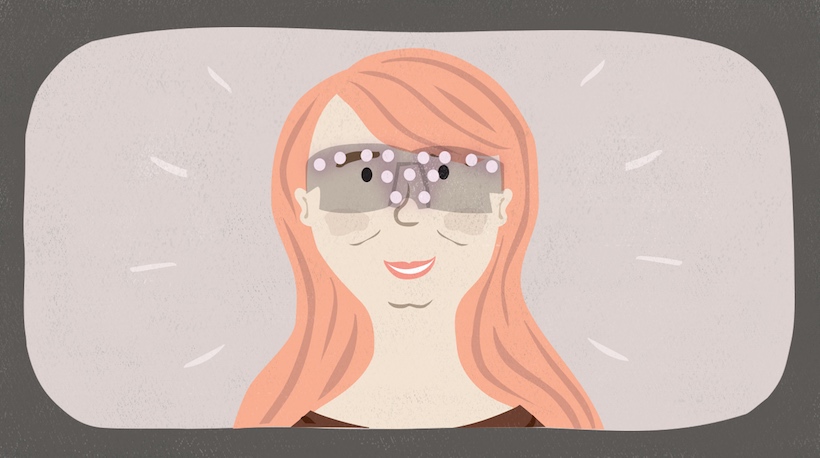 One federal study discovered that many facial recognition algorithms are biased, as they tend to misidentify people of color, children, and the elderly. This lack of accuracy has prompted some lawmakers to call for the removal of facial recognition systems at all border crossings until it becomes more reliable.

What’s the future of facial recognition?

The power and accuracy of facial recognition grows with each passing day, but it's tough to predict exactly how it will shape the future. That’s because we don’t know how facial recognition will be regulated or monitored, and we aren’t sure how companies and governments will ultimately use it.

Although the United States has no federal laws that regulate facial recognition, some local governments are taking matters into their own hands. Cities like San Francisco and Oakland voted to prohibit their government agencies from using facial recognition tech. The town of Portland, Oregon aims to go a step further and plans to propose a citywide ban on facial recognition for private retailers and airlines in addition to its own government.

There is no estimated timeline of when this technology will be effective enough to become widespread. But whenever that time comes, it may become incredibly difficult to avoid in daily life.

Previous: What is Machine Learning?
Next:How Will Automation Impact Our Lives?