The Now: What is WikiLeaks?

Lesson 15: What is WikiLeaks?

WikiLeaks is an online library of secret government documents, news leaks, and classified media, all collected from anonymous sources. Founded by Julian Assange, Wikileaks publishes this information to give whistleblowers a platform to expose hidden truths about various governments and institutions around the world.

Since it came to global attention in 2010, WikiLeaks has attracted a great deal of controversy from leaders and news organizations around the globe because the information it publishes usually creates a great deal of embarrassment and difficulty for international relations.

Despite the similar names, WikiLeaks is NOT related to Wikipedia in any way.

What are some of its notable publications?

On multiple occasions, WikiLeaks has published information that disrupted the U.S. government and international relations in general. Here are a handful of its most powerful leaks:

And yes, it is perfectly legal for you to read information found on WikiLeaks. Just keep in mind that its contents are incredibly controversial. To visit WikiLeaks, click here. 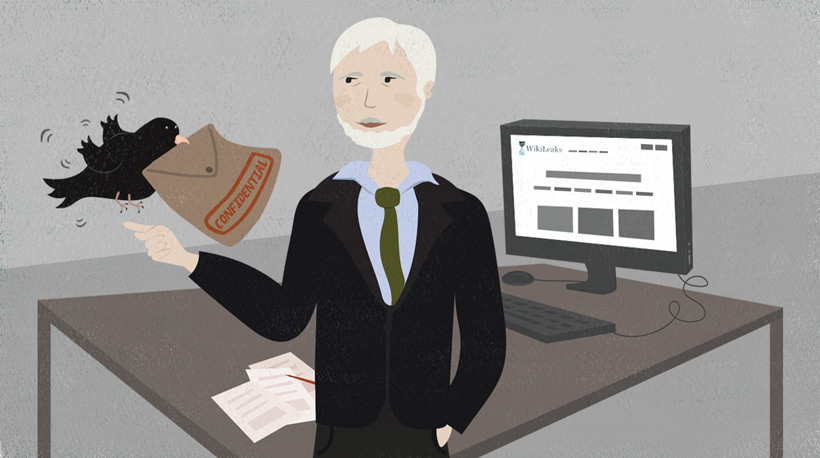 Where does the info come from?

Most sources are anonymous for fear of retaliation or legal prosecution, but most of the identified sources have typically been government officials, journalists, or members of the military.

One of the few known WikiLeaks sources is Chelsea Manning, a former soldier in the U.S. Army. Manning submitted hundreds of thousands of secret military and diplomatic documents in November 2010, and was eventually pardoned after serving part of her sentence in a U.S. military prison.

Is the info trustworthy?

Anyone can submit information to the site. WikiLeaks has its small fact-checking team look into every document and claim, and if the team confirms that it’s true, the information is published. Thus far, nothing published on the site has been proven to be false. However, some security experts believe it’s possible that altered or fake documents are hidden within large batches of leaked documents, which could compromise the integrity of WikiLeaks’ publications.

Although it aims to expose problems within governments and powerful institutions, WikiLeaks itself has been accused of a lack of transparency because it does not reveal how it is funded, its use of nondisclosure agreements within its own organization, and the amount of control Julian Assange has over what’s published.

There’s no doubt that WikiLeaks raises important questions and exposes crucial information about our world’s governments and leaders, but remember that WikiLeaks must also be held to the same high level of scrutiny to ensure it is also telling the truth.