The Now: What is Bitcoin?

Lesson 26: What is Bitcoin? 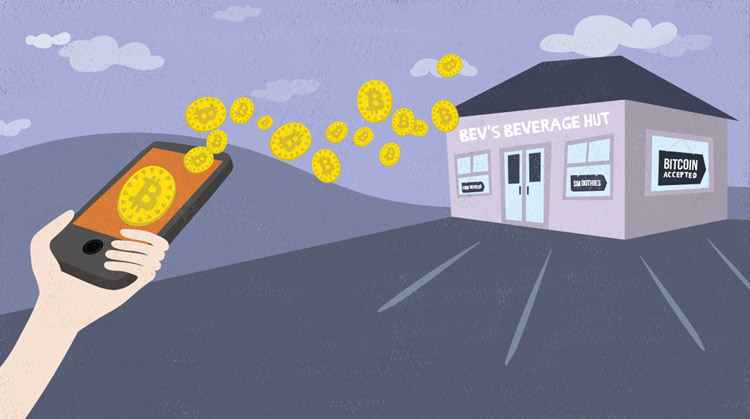 Bitcoin is an example of cryptocurrency, which is a type of digital currency that can be exchanged between people over the Internet. These currencies have no physical form and only exist online. A process called cryptography is used to make sure that transactions are secure and to prevent people from counterfeiting.

It's worth noting that bitcoin is illegal in several countries, including Bangladesh, Bolivia, and Ecuador. This is due to a number of reasons, including international trade laws and individuals using it to buy illegal goods and services on the black market. If you're unsure of the legality of bitcoin in your country, you can find out for certain here.

How does it work?

Think of bitcoins like digital money. Similar to how you need a wallet or purse to store paper money, you'll need a bitcoin wallet. This is basically an app that stores your money and allows you to send and receive bitcoin payments.

Your wallet also holds an important feature called a private key. You can think of it as a digital signature that gets linked to the bitcoins you're spending. This prevents people from creating their own fake bitcoins and from spending other people's money.

Rather than being regulated by banks or the government, bitcoin transactions are monitored by individuals called miners. Miners run transactions through computer programs to verify them. Once they've been mined, the transaction is complete.

For a more detailed breakdown of how bitcoin works, watch the video below.

Why does bitcoin exist?

After reading some bitcoin basics, you might still be wondering why someone would want to use it when traditional currency seems to work just fine. One big difference between bitcoin and other currencies is that it has a controlled supply. Unlike other currencies, there is a limited supply, meaning there's little to no inflation.

Some prefer to use it because it provides an open-source alternative to regular currencies. It provides more transparency to the exchange of money, and some individuals value that. Bitcoin may or may not be a good choice for you, but this is something to take into account if you're thinking about it.

Bitcoin has grown quite a bit since its introduction, but it's still a fairly niche market. While we're not sure exactly where it'll lead, it certainly offers new possibilities that other currencies don't.

Previous: What is Big Data?
Next:Protecting Yourself from Data Breaches