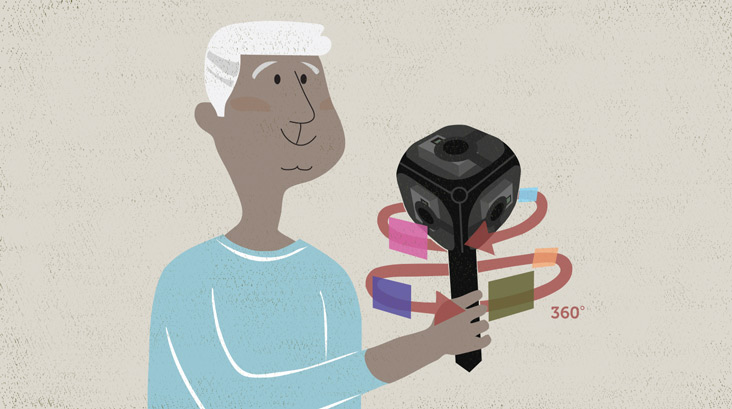 If you're reading this, the odds are good that you've probably watched a video online before. Most of these videos are filmed with standard cameras that capture everything in the direction in which they're pointed. Once they're uploaded to a streaming website like YouTube, the steps for watching them are usually pretty simple: click the play button, sit back, and enjoy.

However, there's a newer technology that's changing these standards: 360 video. Unlike the videos described above, 360 video is recorded in all directions, giving you a complete 360-degree view. While watching these videos, you're able to control the viewing direction and watch the video from whatever perspective you'd like.

360 videos are currently able to be uploaded to YouTube and Facebook and can be viewed on both computers and smartphones.

To watch a 360 video on a computer, simply click Play to start the video as you normally would. While it's playing, you can then click and drag anywhere in the video screen to change the viewing direction.

When using your smartphone to watch 360 videos, you don't even need to touch the screen. Simply move your phone to look around. However, you will need to use either the YouTube or Facebook app. If you try viewing them in your web browser, you won't be able to change the viewing direction.

Watch the videos below to get a better understanding of the 360 video experience.

If you want to record 360 video of your own, you'll need a special camera made specifically for shooting this type of footage. Entry-level cameras range from $100 to $500 and include the Samsung Gear 360 and Kodak PIXPRO SP360. However, some higher-end cameras can cost thousands of dollars, including the GoPro Omni shown below. 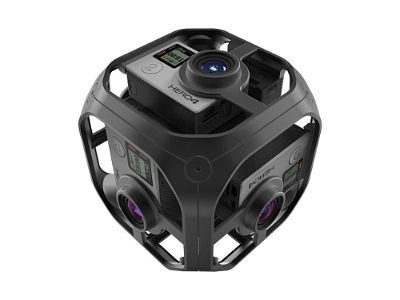 Because there's no room for a screen on these cameras, most feature a companion mobile app that you can use to preview and manage your footage. To learn how to upload your 360 video, you view these guides from YouTube and Facebook.

360 video is still in its early phases but continues to grow as technology advances. Below are some resources for learning more about it and watching additional 360 videos.

Previous: What is Live Video?
Next:What is Targeted Advertising?