The Now: What are Self-Driving Cars?

Lesson 3: What are Self-Driving Cars?

What are self-driving cars?

Cars that could drive themselves have long lived in the realm of fiction. But within the next several years, this fiction will become a reality, thanks to the self-driving car.

Self-driving cars are automobiles that do not require human operation to navigate to a destination. They use cameras, sensors, and advanced software to interpret and respond to traffic, pedestrians, and other surroundings on the road.

Watch the video below to learn some of the pros and cons of self-driving cars.

What are the benefits of a self-driving car?

The biggest benefit of using a self-driving car is significantly fewer traffic accidents. More than 90% of all accidents are caused by some degree of human error, including distraction, impaired driving, or poor decision making. With self-driving cars making decisions and communicating with one another, the number of accidents should plummet.

Other benefits will include: 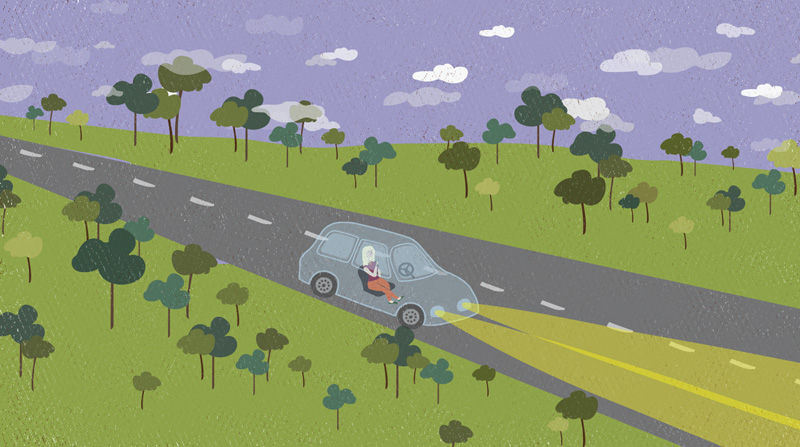 How do I get one?

You can’t own a self-driving car yet, but there are hints of the future in many cars currently on the road. Blind-spot monitors, emergency braking assistance, and several other driver-assistance systems have become common in recent years, and they will only improve as the technology progresses.

For instance, Tesla vehicles have many advanced driver-assistance features, such as matching speed with other vehicles on the highway and a self-parking mode. However, these features still require a human driver’s attention because they were designed to assist the human driver rather than drive the cars themselves.

As for actual self-driving cars, they can be found on public roads if you know where to look. In 2018, Waymo started an autonomous taxi service in the suburban areas of Phoenix for a select number of customers. The ride-sharing company Uber is also conducting limited tests in cities like Pittsburgh and Dallas. Many other companies are testing their self-driving vehicles in various places across the United States.

Do they have pedals and a steering wheel?

Yes, most self-driving cars currently being tested have pedals, a steering wheel and everything else you need to take control of the vehicle. Many of these vehicles are also programmed to hand over control to a human driver if it doesn't know what to do next. That means they're not fully autonomous, and you'd still have pay attention to the road just in case a problem came up.

Some companies are designing vehicles that remove the pedals and steering wheel altogether. These are fully autonomous vehicles that will never use human input, regardless of road conditions or traffic patterns. However, many experts admit that perfecting a 100% autonomous self-driving car will be challenging.

It's very possible. When self-driving cars become the dominant type of vehicle on the road, many things in society will likely change. However, many of those changes are still obscured by big questions, including:

At the moment, there is no clear answer to any of these questions. It also doesn’t help that there is currently little regulation for self-driving cars. Until lawmakers determine answers to some of the questions above, the presence of self-driving cars could be limited on public roads. 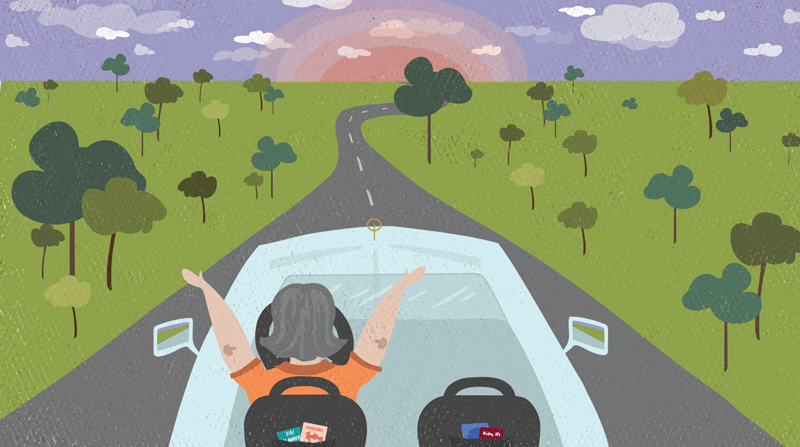 What’s the timeline for self-driving cars?

Even though current testing shows a lot of promise, many experts believe it will be decades before self-driving cars are mainstream and available for purchase. On the other hand, Tesla owner Elon Musk insists that self-driving cars will be available to the public in the very near future. In the meantime, however, human-driven vehicles will continue gaining self-driving features, like navigating stoplights, intersections, and city traffic without human input.

Previous: What is a Drone?
Next:What is 3D Printing?