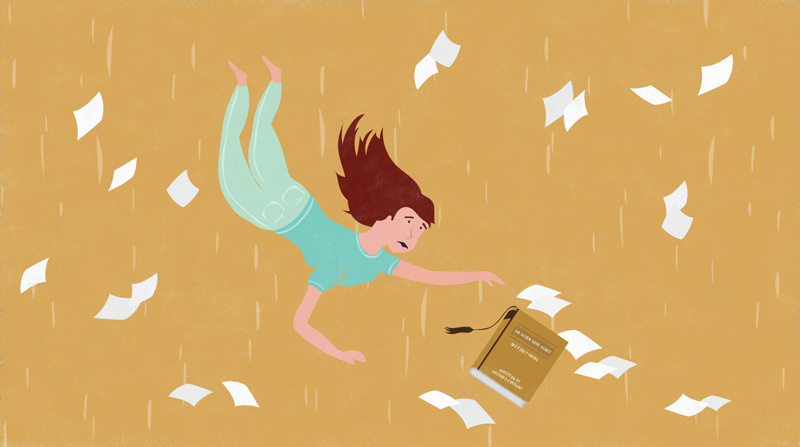 Failure. We all want to avoid it, no matter what we’re trying to achieve. But despite our best efforts, it still happens all the time. Failure can be difficult to accept, but it can also be used as an incredible learning opportunity.

Watch the video below to learn how failure can be a learning experience.

Many years ago, I wrote my first novel: a science-fiction tale of renewable energy and unrequited love. It was terrible, even after I spent a year-and-a-half working on it. Before I started, I had one goal for the novel: to create a quality piece of art. When the final product fell short of this goal, I deemed it a total failure.

But after some time passed, I looked back on that 18-month journey. Only then did I realize I had learned more about writing and storytelling from that bad novel than anywhere else in my life. This realization made me start to reconsider the value of failure.

I’m all about learning from failure and moving beyond it. In fact, I plan to get you energized so you’ll get back out there and try again with renewed vigor. But before we get to that, I need to address the most challenging part of failure.

Failure is a drag, a bummer, an emotional kick in the gut. It can leave you feeling vulnerable and embarrassed, and you will almost certainly encounter it at some point in your life.

But failure doesn’t mean you’re stupid or worthless. Failure means you took a calculated risk, invested time and effort into something, and came up short. That’s all.

The failure of an important project or task can bring anyone down. I used to approach each creative project as if it was destined to be a timeless masterpiece. When the result didn’t turn out as good as I had hoped, I would sink into despair over my apparent lack of talent and vow to never leave the house again. It took years for me to realize that making myself feel bad got me nowhere.

So if you fail, you can mourn for a little while, but don’t get comfortable in the sadness. If you’re truly eager to improve, you’ll need to get back up and find out what went wrong.

Reflecting on why you failed turns a negative into a positive. This doesn't mean it's easy, however. It's tough to admit when we've done something poorly. In order to learn from failure, though, you have to be honest about the shortcomings in your work. The sooner you admit to these shortcomings, the sooner you can improve.

When I look back on a failed work, I try to see it from an objective point of view, as if a stranger created it. This helps me see it in a new light and figure out where I went wrong. This strategy also helps me find awful material that I otherwise would have ignored. I can’t tell you how many times I’ve cringed at the words I’ve committed to a final draft.

When I reflected on my goofy sci-fi novel, I found many areas where I needed improvement. Then I read writing books to improve my storytelling ability, studied new subjects for inspiration, and practiced writing as often as possible. Eventually, I developed new techniques and gathered up the confidence to start another big project, this one an illustrated e-book about a crazy goose. I told myself that I wouldn’t mess up like last time. I had learned my lesson.

So I went out and tried and failed again.

A part of the process

It took years for me to discover that failure is not an endpoint, but merely a part of the self-improvement process. Don’t get me wrong, failure is and always will be unpleasant. But I don’t see it as an oppressive force anymore. Instead, it has become a chance to learn from my mistakes and gain invaluable experience.

Even though my crazy goose story wasn’t as good as I had hoped, it was better than the sci-fi novel that preceded it. Then I studied and practiced even more, and when I started another project about a wisecracking dinosaur, it turned out a little better than the goose story. I wasn’t a bestselling author or anything, but I could see a notable difference in my work.

If I judge those projects by my original goal, then yes, they all failed as pieces of art. But I developed a tremendous amount of my writing ability while creating them. Thanks to those experiences, I eventually became a competent writer. When I consider those silly stories from that perspective, they aren’t failures at all.

If you’re trying new things and extending yourself, you will almost certainly run into failure at some point. But if you have an idea or any sort of goal, pursue it to the best of your ability, even if it turns out to be a failure. When it’s finished, learn all you can from the experience. Then you can try again and do better.

Stay curious and open to self-improvement, and failure will always be temporary.

Previous: The Joy of Learning
Next:Discover Your Learning Style