Digital Media Literacy: What is Clickbait?

Lesson 5: What is Clickbait? 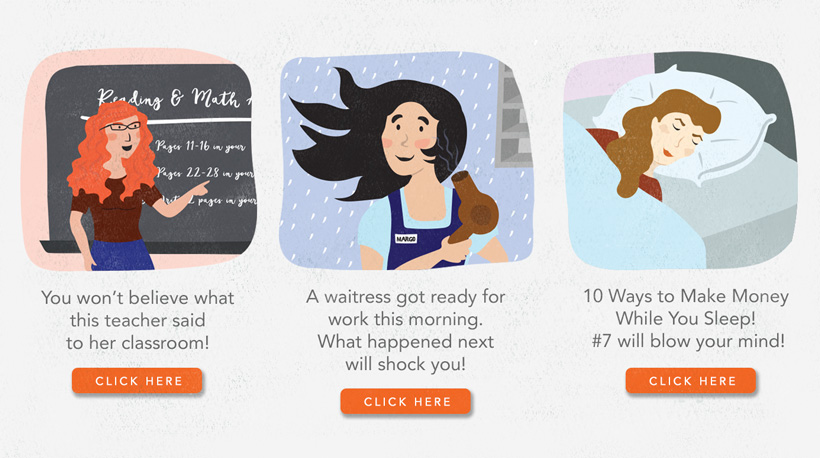 If you’ve spent any time on the Internet, you’ve likely seen articles and images with headlines like the examples above. They’re just a small sampling of what’s known as clickbait.

Clickbait is a sensationalized headline that encourages you to click a link to an article, image, or video. Instead of presenting objective facts, clickbait headlines often appeal to your emotions and curiosity. Once you click, the website hosting the link earns revenue from advertisers, but the actual content is usually of questionable quality and accuracy. Websites use clickbait to draw in as many clicks as possible, thus increasing their ad revenue.

While sensational headlines and content have been used since the 19th century, they've become widespread in the digital world. Although it’s based on an old idea, clickbait still serves the same purpose as its ancestor: to get your attention by whatever means necessary.

Why is clickbait an issue?

When websites use clickbait, they typically value getting clicks over producing quality information. This means they do not care if they waste your time with mediocre content.

Let's take a look at the image below. The headline is somewhat vague, but it reads as if a terrible secret has kept Joe Pesci out of the public eye. However, after doing some quick research, we discovered that he simply retired in 1999 to enjoy life away from acting. While this type of journalism is annoying, it's usually harmless. 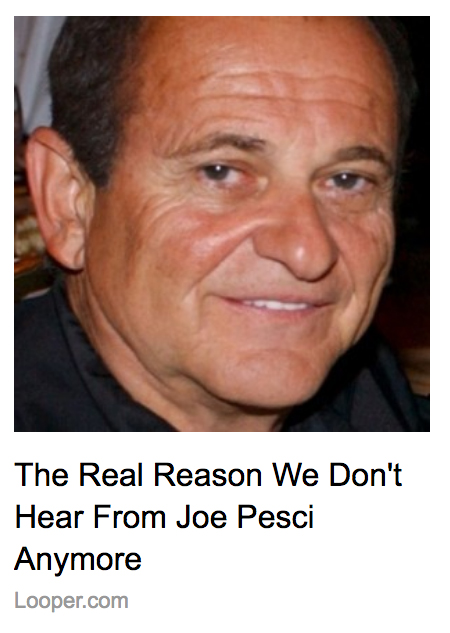 However, clickbait can be harmful when it’s used along with the creation of fake news. The outrageous fake headlines stoke the emotions of readers, who then spread the content on social media. You may wonder what allows clickbait and fake news to keep spreading, despite their poor quality and accuracy. Unfortunately, studies have shown that 6 out of 10 people share headlines on social media without reading the actual article.

Where do you find clickbait?

You can find it almost anywhere on the Internet, which makes it difficult to avoid. Clickbait headlines are common in places like social media and blogs, while many reputable sites like weather reports and news agencies offer ad space to clickbait content. This means you’ll have to remain careful before you click a link, even when you’re on a quality website.

How can I recognize it?

You can usually spot clickbait through an outrageous headline or image, but it isn’t always this easy. Sometimes it’s difficult to spot the difference between clickbait and a legitimate headline. After all, every news story wants your attention.

There are a few common elements used in clickbait content, such as vague headlines and images that let your imagination run wild. Clickbait also uses shock and outrage to grab your attention, as well as numbered lists, like 17 Facts You Won't Believe Are True. Many links use a combination of these elements to lure you into clicking.

Here’s a simple way to tell if you’re looking at a clickbait article: If the headline tells you how to feel instead of letting you come up with your own reaction, it’s probably clickbait.

Previous: What is Sponsored Content?
Next:What is Targeted Advertising?