What is a selector?

The selector is the opening portion of a CSS ruleset that defines what HTML elements the declarations inside the curly braces should affect: 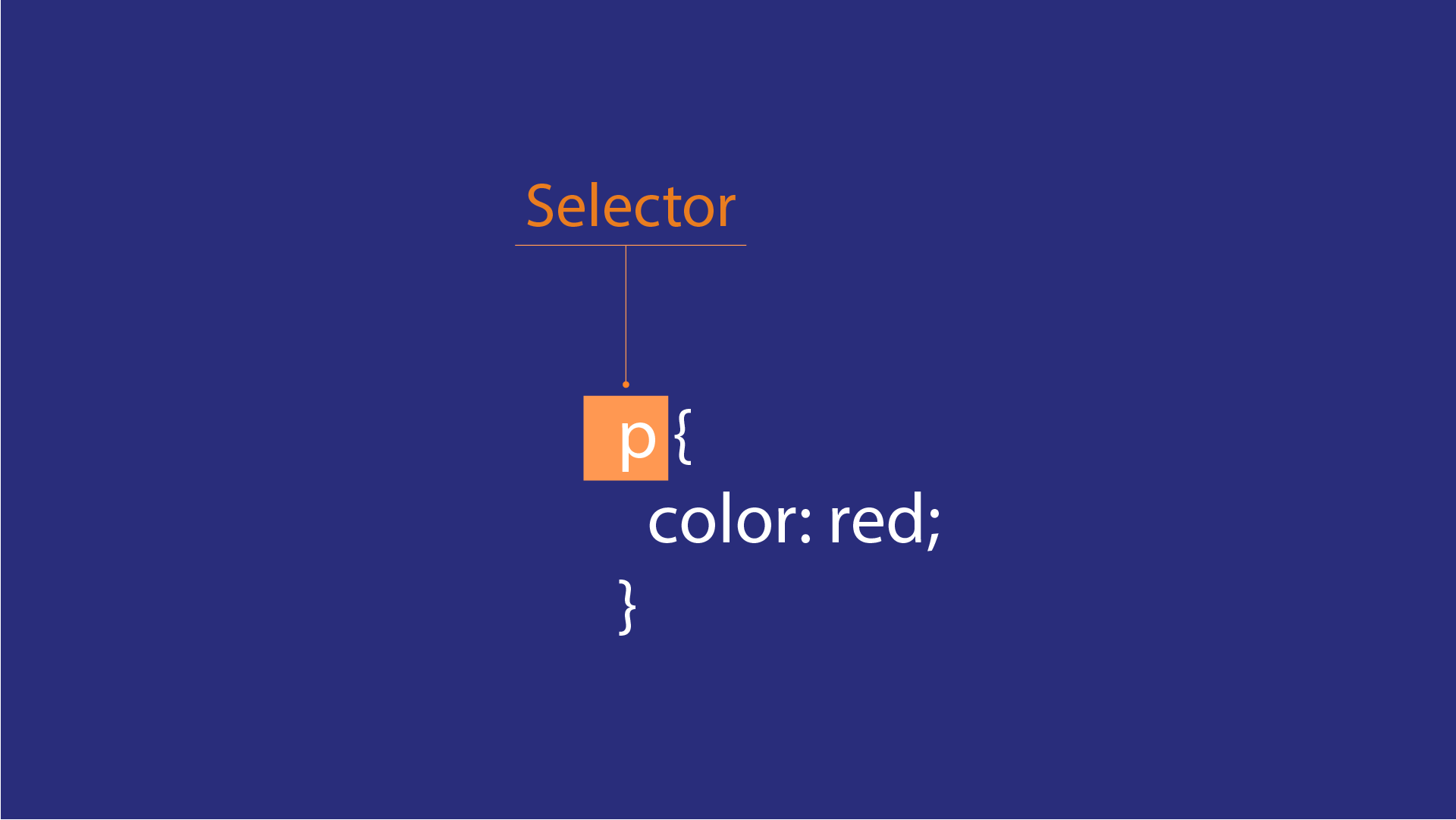 However, the names of HTML elements—like p above, for example—aren't the only thing that can be used to specify which HTML to target. Two common selectors for CSS rulesets are actually not HTML elements at all, but HTML attributes: id and class.

What is an id?

An id (pronounced "I-D") is an HTML attribute that can be added to any HTML element to act as a unique identifier. Like most HTML attributes, it consists of two pieces:

It doesn't matter what particular value you choose, because the id attribute doesn't do anything in and of itself. Think of it like a target you're painting onto an HTML element. When writing CSS or JavaScript for a webpage, any target you add will give you something to aim for.

For example, imagine you've written a few paragraphs in HTML:

Let's say you want to make the middle paragraph have red text. Now that you're working in CSS, though, you realize that you have to no way to target only that paragraph. You could use a ruleset like this:

But that would affect all three paragraphs, and only the middle one should be red. One solution is to add an id attribute to your HTML. The value can be whatever you want, so maybe you'd add this:

And end up with this HTML:

If you loaded that HTML in your browser, it wouldn't look any different yet, because the id doesn't do anything on its own. To make the text of that middle paragraph red, you need to select it using that id.

How do you select by id?

You can select an HTML element by its id by using the value you gave the id in the selector of a CSS ruleset. To let the browser know that you're looking for an id, you would format your selector using the number sign (#) symbol, then the value of the id:

If you wanted to turn the text of that middle paragraph red, then, you could now use a ruleset like this to target just the one:

Keep in mind that an id is a unique identifier, which means two things:

As with many aspects of web development, the browser works hard to guess at what's intended even when something things are done incorrectly. It may appear at first glance, then, that having multiple identical ids on a page is fine. However, as with most broken rules, any time the browser starts guessing, strange things may eventually start happening.

What is a class?

Just like with an id, the value of a class doesn't need to be any particular thing, because it doesn't do anything by itself. Instead, it provides a target for selecting multiple elements at once using CSS or JavaScript.

And end up with this HTML:

As with the id, if you loaded that HTML in your browser, it would look unchanged, because the class doesn't do anything on its own. To make the text of the outer paragraphs red, you need to select them using their class.

How do you select by class?

You can select an HTML element by its class by using the class value in the selector of a CSS ruleset. To let the browser know that you're looking for a class, you would format your selector using the period (.) symbol, then the value of the class, like this:

Even though it's only one ruleset, it would target every HTML element that has the class="myFirstClass" attribute.

Should you use classes or ids?

Given that both ids and classes can be used to specify which HTML elements you want to target, you might find that it's not always clear which you should use. When in doubt, it's usually safest to use classes with CSS since they can be used to style any element (or multiple elements). However, when using JavaScript you'll often need to use both ids and classes for various purposes.

You may find that you sometimes you may want to add the same declarations to more than one selector. For example, imagine you want all of the <p> elements on your page to have red text, but you also want that for all of the <button> elements.

One solution would be to add a separate ruleset for each in your stylesheet, one with p as the selector and another with button as the selector. There isn't anything wrong with that, but if you did it regularly, you'd end up cluttering your stylesheet with repeated declarations. A better solution is to use just one ruleset with multiple selectors. All you have to do is separate each selector with a comma:

You can do the same thing with ids and classes, too. Just remember that they still require their starting # and . symbols:

Open the index.html file in your GCF Programming Tutorials project in your text editor, and let's add some ids and classes. For the best understanding, be sure to actually type this code in, rather than copying and pasting it.

Your full index.html file should now look like this:

And your full styles.css file should look like this:

If you load your index.html file in your browser or refresh the page, you should now see your main header centered. It should look something like this.

Previous: Adding CSS to a Webpage
Next:Text Styling in CSS